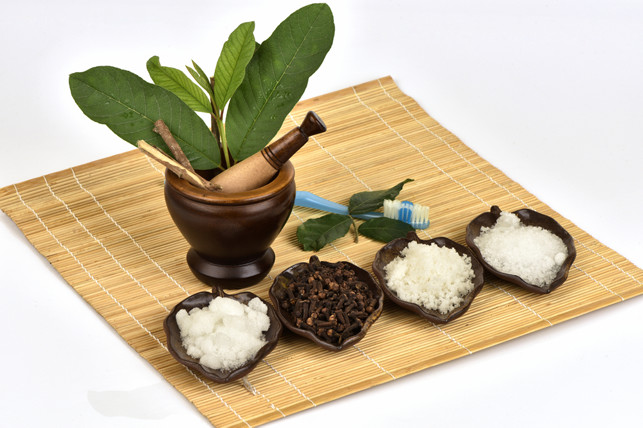 Did you know that dental floss used to be made of silk thread? Or, that toothbrushes used to be made of bone and horse hair? Oral health care has a long and weird history that stretches back to ancient cultures and includes numerous ingredients and tools that have helped carve the path for modern dentistry. Today, we look at the origins of toothpaste and how it has evolved into the product we know today.

As with many other tools, toothpaste originates in ancient Egypt. The ancient Egyptians (particularly the pharaohs and wealthy) valued cleanliness and oral health and began experimenting with the first iteration of toothpaste. Their version of toothpaste consisted of rock salt, dried iris flowers, pepper and mint crushed into a fine paste with a bit of water. Some mixtures even included the ashes of ox hooves and burnt egg shells! This mixture led to bleeding gums, but it was surprisingly effective at cleaning teeth, even when compared to what was used just 100 years ago.

Around the same time as the Egyptians, Greek and Roman leaders were using the Egyptian mixture, but began experimenting with their own toothpaste. They added more abrasives to their mixture to increase the cleaning power, the most popular of which were crushed bones and oyster shells. The Romans added charcoal to help freshen their breath.

Around 500 BC, ancient China and India used a similar mixture, but added more flavoring ingredients like ginseng, herbal mints and salts.

The ancient power cultures had pretty much perfected their form of toothpaste, and it remained popular and used by many upper class people for a long time. And then, toast was introduced. Used toast was ground into a fine powder and used to scrub teeth. While there is no clear origin of using toast as toothpaste, it was a very affordable option for a lot of people.

In 1824, a dentist named Dr. Peabody decided to add soap to the ground up toast mixture to enhance the cleaning power. A few decades passed, and then toothpaste makers began adding chalk to their mixtures to create the creamy consistency that we’re familiar with today.

In 1914, it was discovered that fluoride significantly decreased dental cavities.  That same year, it was added into toothpastes to achieve better cleaning results. Soap was eventually phased out in favor of fluoride and sodium lauryl sulphate in the 1940’s.

To help keep astronauts’ (yes, astronauts) teeth clean while in space, NASA invented an edible toothpaste that could be swallowed after brushing. Edible toothpaste was then repurposed for young children to use, because it did not present a risk if it was ingested.

We’ve come a long way from crushed oysters and ginseng mixtures. Now, there are countless types of toothpastes that have a variety of acute end-goals, and still clean your teeth. Navigating the toothpaste market can be a bit difficult, but we’re here to help. Schedule an appointment in our office to discuss the type of toothpaste that will work best for your child, and what would work best for our entire family.