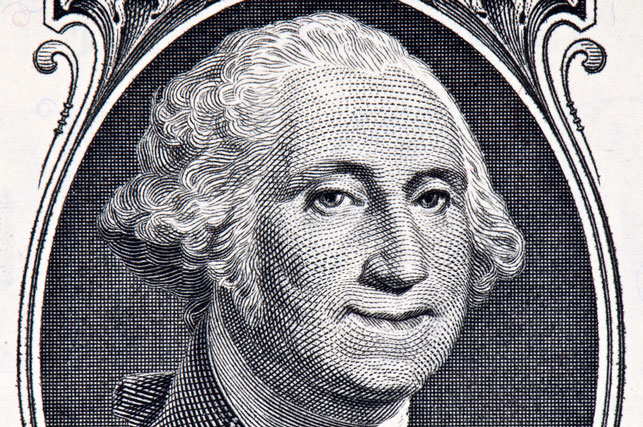 George Washington, the first President of the United States and revolutionary general, had dental problems his entire life. When he was inaugurated President in 1789, he only had one real tooth remaining in his mouth. A man known for his strength and resolve, Washington’s great oral pain sometimes made it quite difficult for the renowned orator to deliver speeches, and govern the infant United States.

Early Dentistry Was Not Great

Dentistry in the 18th and 19th Centuries was nowhere near as studied or effective as the modern dental practices used today. Toothbrushes were typically made of animal bone or silver, and the bristles were often made out of hog bristles, or horse and badger hair. Toothpaste was made of crushed seashells or charcoal, and usually was unscented, which lead to awful breath and terrible gum health. When someone had a tooth infection, they would just call the local blacksmith to pull it out for them – without anesthesia – because he had access to a wide variety of metal tools. When Washington was in office, he didn’t have access to laser dentistry, fluoride rinses, real toothpaste, or even floss! No wonder his teeth were in such bad shape.

His Teeth Were Not Wooden

One common myth about Washington was that his dentures were made of wood, this is in fact not true! The first U.S. President had a variety of dentures made of ivory, gold, and even lead. The wooden-toothed myth was most likely born by misconception. Washington often enjoyed port wine after meals, which would stain and crack his ivory teeth, leaving them looking like wood. In fact, John Greenwood, who served as one of his dentists, examined a set of his ivory teeth and wrote back, “the set you sent me from Philadelphia…was very black…Port wine being sour takes off all the polish.” Modern historians and forensic dentists have speculated – and widely agreed – that this was the cause of the wooden teeth myth!

Instead of sharing his lost teeth with the tooth fairy, President Washington collected the teeth that he lost. He intended on saving them to be used as implants in new dentures, and even wrote a letter to his cousin requesting that he ship his lost teeth to him while he was away in New York. However, one of his first set of dentures, made by artist Charles Wilson Peale, used both elephant and human teeth on the lower row, while experts think that the upper row was constructed of cow’s teeth! There is no known record of Washington successfully using his own teeth as implants in a set of dentures, but there are extensive written letters documenting him saving his own teeth.

Washington’s struggle with good dental hygiene reminds us that we are lucky to have modern technology aid us in getting – and keeping – a healthy smile. He called health “among (if not the most) precious gift.” So make America’s founding father proud by brushing and flossing twice per day, for two minutes at a time. We only have one set of teeth, so take care of them!