90% of adult smokers began smoking as teens, and each day more than 3,200 Americans younger than 18 try their first cigarette. Unfortunately, tobacco has zero health benefits and can lead to nicotine addiction and serious disease. Tobacco can also harm more than your overall health – it can hurt teeth and gums, too.

Tobacco use harms teeth and health in many ways. It can lead to oral cancer, periodontal disease, delayed healing after oral procedure, bad breath, stained teeth and gums and damage the ability to smell and taste. The health risks related to tobacco use are serious, and negative oral side effects are chilling. 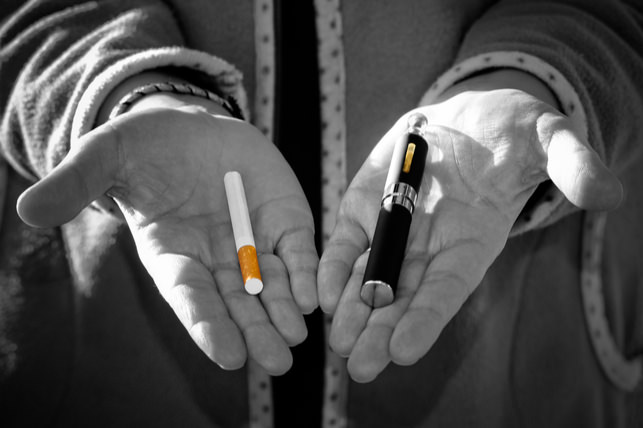 In 2013, the Center for Disease Control reported that 1.78 million students in middle and high school reported trying e-cigarettes, and that their main reason was to be socially accepted and appear cool.

Most young people begin using tobacco after first trying an e-cigarette or vaporizer as a “safe” alternative to smoking cigarettes. In fact, teens that experiment with e-cigarettes are far more likely to try traditional cigarettes than those who did not try an e-cigarette. However, no amount or medium by which tobacco is consumed is ever safe – tobacco use in any fashion is unsafe.

Make sure your child does not experiment with vaporizers or e-cigarettes, since they are an entry-point to normal, habitual tobacco use.

The Center for Disease Control reports that smokeless tobacco use has steadily risen in the United States since 2000. If your child uses chewing tobacco, urge them to quit for the consideration of their long-term health.

Talk to Your Teen about the Dangers of Tobacco Use

Most studies find that teens that are actively discouraged from smoking, or that live in an environment where smoking is not normalized, are less likely to use tobacco as an adult. You can help your child avoid tobacco use by discussing the dangers of nicotine, and how e-cigarettes can lead to nicotine addiction and smoking traditional cigarettes.