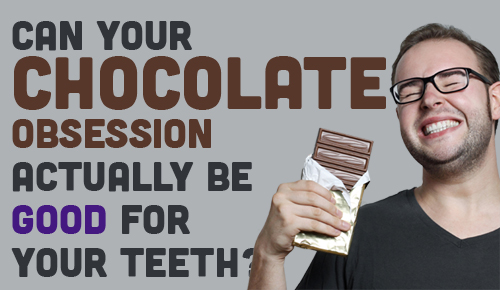 Whether we are giving chocolate to the ones we love or whether we just love chocolate, we also care about our teeth. And while candy generally doesn’t mix well with keeping teeth healthy, dark chocolate (the kind with at least 70% cocoa) can actually be a cavity fighter. That’s obviously good news for chocolate lovers. Crest’s new line of toothpaste has seized on the connection between chocolate and oral health by even including a chocolate flavor! Here are four reasons why chocolate is good for your teeth:

1. Chocolate is high in antioxidants.

Antioxidants are a group of molecules that keep your body healthy on a cellular level and chocolate contains a lot of them. In fact, dark chocolate can contain up to four times the level found in green tea. High amounts of antioxidants in saliva have been shown to fight periodontal disease.

Tannins are plant compounds that are found in many of the foods we eat. They’re also what give dark chocolate its slightly bitter taste and dark color. Tannins have been shown to help stop bacteria from sticking to teeth because their molecules bind to bacteria before plaque has time to form.

3. Chocolate is a good source of polyphenols.

Polyphenols are a class of naturally occurring chemicals that can limit oral bacteria. They are also able to neutralize the microorganisms that cause bad breath and prevent bacteria from turning sugar and starches into acid. Polyphenols have great promise for their apparent anticancer and anti-inflammatory effects as well as their ability to reduce hypertension and stroke. 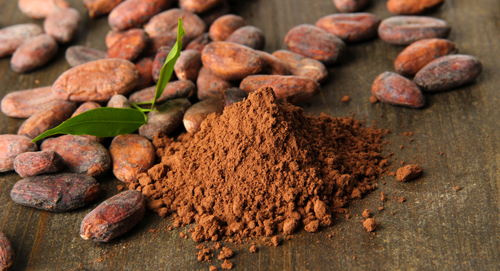 Flavonoids, a group of plant-based antioxidants, have been shown to slow tooth decay. Further, a recent study by researchers at the University of California showed that a particular falvonoid called epicatechin displays a remarkable ability to reduce cholesterol, blood clots and clogged arteries.

Remember, chocolate should be at least 70% cocoa for most of these benefits to your teeth and body. However, any food should be eaten in moderation, regardless of its health promises. And of course a chocolate bar is no excuse to skip brushing for at least two minutes twice a day.

One thought on “Can Chocolate Actually be Good for Your Teeth?”